About the "Ephesian Tale"

We are dealing here with what could be called the first (surviving) novel in world literature, a work presenting fictional characters (the young and utterly beautiful Antheia and Habrocomes) and the adventures they go through, which challenge their promise of eternal love and faithfulness. The life threatening situations wherein they land, all the temptations, threats and separation they shall gracefully – one can better say “heroically” – withstand, till their final liberating union. The work is full of surprising turns, laid out in linear manner, which never ceases to intensify the plot.
Due to its “easy” language it is first class educational material of the intermediate level, offering an interesting adventurous plot and giving a fictional and charming, albeit clear example of moral recompense for upright perseverance and steadfastness.
You can follow the text online at the Perseus Library, or Bibliotheca Augustana, read a synopsis at the website of Hellenica World, or wikiwand, or, even better, get an interesting take of a book ;-)

The otherwise totally unknown author of the “Ephesian Tale” has lived between the 1st and 3rd century CE. Linguistic peculiarities place him rather in the middle of the 1st century, contemporary or just a few years earlier of Chariton of Aphrodisias. Some scholars believe that the name Xenophon is an artistic pseudonym, based on the fact that more ancient novel authors carried the name Xenophon (together with a toponym), but in his case it might be his real name, as in the Suda he appears to have written more that this work. I don’t know if this is a valid argument, but it doesn’t really add to or lower the enjoyment of his novel… 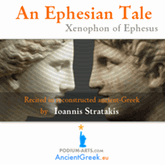 The recording contains the complete, unabridged Ancient Greek text of the “Ephesian Tale”. After purchase you will be able to download the zip file, containing both mp3 and m4b formats. The m4b format is bookmarkable and divided in the 5 books themselves for your convenience when listening or following the original text. Where deemed better for following the story, I’ve moved a sentence or two to the end of a previous book or the beginning of the next in a couple of places, in order not to disturb the continuity of the narration. The editions I’ve consulted don’t always offer a clear division of the books, so I’ve made my own choice.

You can listen to chapter 1 of the 1st book, as an audio sample of the present audiobook by watching the video below. Thank you! 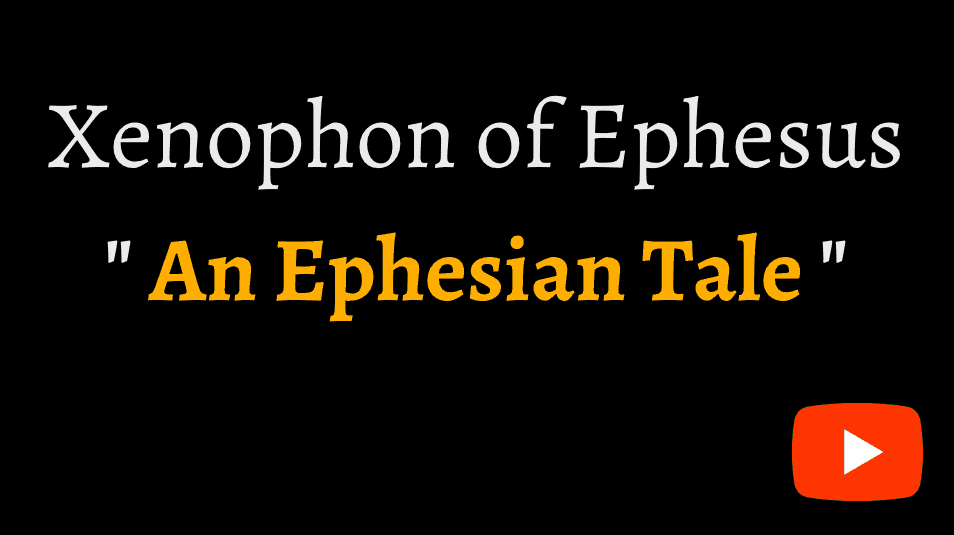