About Aristotle's “On Harmony”

Aristotle in his work “On Harmony”, which is part of the “Problems” collection, expresses concerns about sound, music and the achievement of harmony.
In a lively rhythm, he poses questions, which are often given an almost scientific explanation, a rather impressive matter, when one contemplates the period of composition of the work.

The "nete", the "hypate", the accord, the "mese", the scale of the sounds and the antiphon are only a few of the notions that concern the philosopher.

In an inventive way, he lets the reader wonder, why people listen to songs more pleasantly if they know them, why the heavy string predominates over the sharp one, why people singing in a group keep the rhythm better when many than when a few, why playing or singing out of tune is more discernible in the high sounds, why music seems to carry a moral character through the senses, and many more, with Aristotle’s answers to many of these questions being surprising and puzzling.
Both questions, as well as Aristotle’s answers to them, awake, in turn, the reader’s wonder and curiosity about “how do all these things happen?”

Aristotle (Gr.: Ἀριστοτέλης), one of the most important philosophers of Antiquity, was born in 385 BCE in Stageira of Chalkidike. Born in a rich family he had the opportunity to get high education. From 367 BCE on and for about twenty years, he studied philosophy in Athens by Plato and also taught in his Academy. After the death of Plato he moved to the city of Assus in Asia Minor, where he taught philosophy until 345 BCE., when he accepted an invitation by Theophrastus to teach in Mytilene. In 342 BCE King Philippus asked him to teach his 13 years old son, Alexander. After the death of Philippus Aristotle returned to Athens and established the “Lyceum”, where he set his teaching forth. However, after the death of Alexander in 323 BCE and having been accused by opponents for disrespect, he retired in Chalkis. He died in 322 BC. from some stomach disease.
Aristotle left a lot of works. The works that have survived are distinguished in logical, physical, biological, psychological, metaphysical, moral, political, technological and various problems.
The Aristotelian works have included the following, which are not considered genuine: Physiognomy, About Miraculous Things Heard, About Colours, Mechanics, Rhetoric to Alexander and On Hearing. 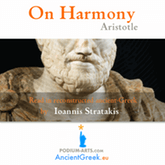 The recording contains the complete, unabridged Ancient Greek text of “On Harmony”, also known as “On Music”. After purchase you will be able to download the zip file, containing both mp3 and m4a formats.

You can listen to some of the questions and responses, to form an idea about the present audiobook in the following video. Thank you! 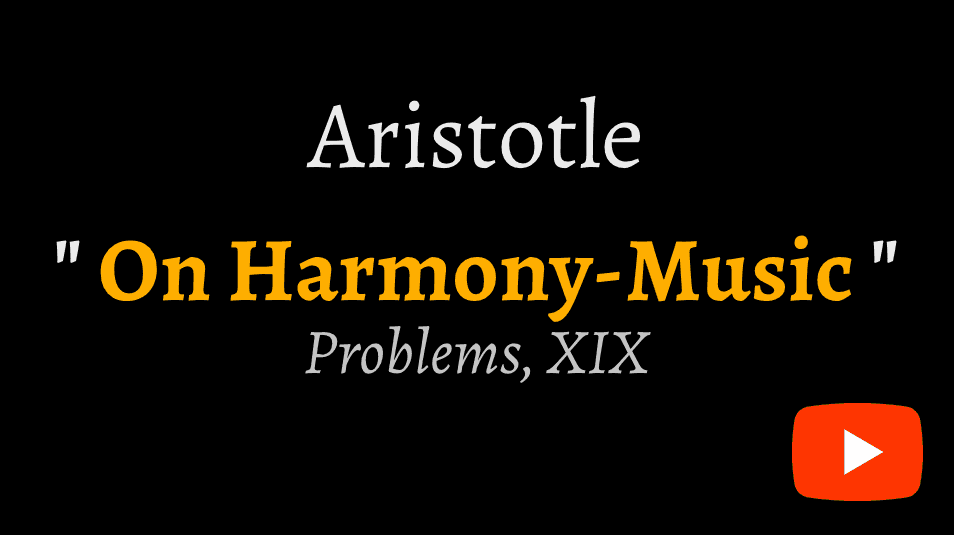