About the Platonic dialogue “Ion”

The (probably fictional, famous) rhapsode Ion gets involved in a dialogue with Socrates, who after expressing his admiration towards rhapsodes and their art, leads Ion to practically admit that what he does is not the product of any special knowledge or skill, but the result of divine possession. This would seem an innocent realisation, however, through the dialogue one understands that rhapsodes, don’t really know what they are talking about, at least, in the Platonic sense.
I find “Ion” an interesting, short dialogue, presenting among other things, in a simple but charming manner how ideas are being propagated, ideas born out of inspiration, which works like a magnet, holding together in a quasi hierarchical manner a bunch of people. 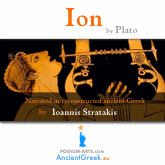 The recording contains the complete unabridged Ancient Greek text of the dialogue. After purchase you will be able to download the zip file, containing both mp3 and m4b formats. The m4b format is bookmarkable and divided in the chapters themselves for your convenience when listening or following the original text.
You can listen to the beginning of the dialogue, as an audio sample of the present audiobook by watching the video below. Thank you! 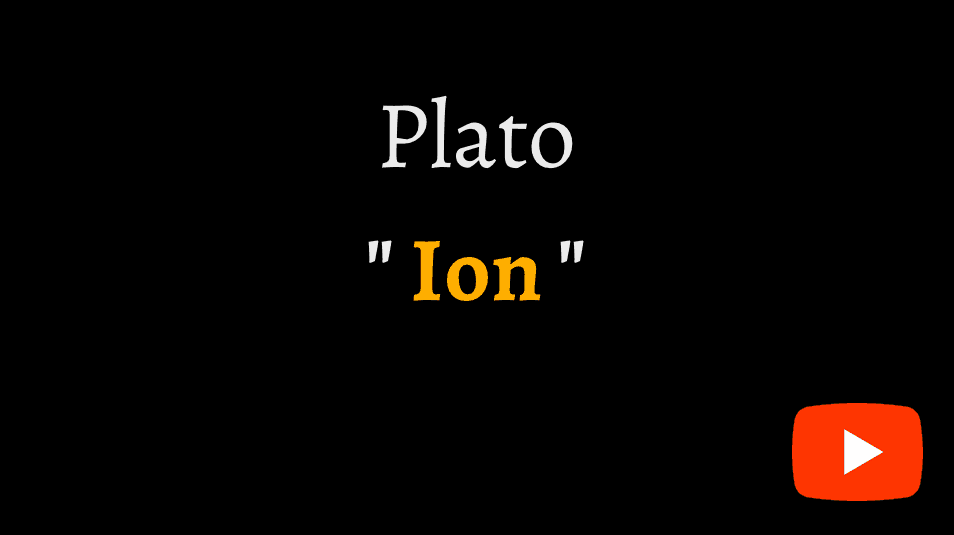