About the platonic Critias

The platonic dialogue "Critias" (Greek: «Κριτίας») is one of Plato's latest and is unfinished. Seemingly it's the second part of an also unfinished trilogy, "Timaeus" (Gr: «Τίμαιος») been the first part and "Hermogenes" (Gr: «Ἑρμογένης») would be the third part. Plato adandoned the trilogy and prefered to write "the Laws" (Gr: «Οἱ Νόμοι») instead.

The dialogue is named from its main speaker, the great-grandfather of Plato, Critias. The subtitle is "Atlantic" (Gr: «Ἀτλαντικός») hinting to the theme of the work, a war between Athens and Atlantis which took place "9.000 years ago", that is before the dialogue took place. Critias' initial source is Solon (Gr: «Σόλων») and information given to him by Egyptian priests during his visit in Egypt.
Critias begins with the description of ancient Athens, before the great natural disasters it had to endure, when its inhabitants create a political system related to the one described in Plato's "Republic" (Gr: «Πολιτεία»). He then goes on with the description of the island of Atlantis, a continent "greater than Asia (minor) and (north) Africa combined", which was divided among ten royal houses, descendants of god Poseidon. They were absolute rulers, governing on the basis of strict laws of godly origins...
Atlantis developed technologically as well as militarily, but when it started becoming "more human than godly", distancing itself from the very principles that led to its development and wellbeing, Zeus summoned the gods and said... This is the point when the platonic dialogue is interrupted, leading to many kinds of speculation on what the missing part would be about.

Plato, the great philosopher of antiquity, is the best known disciple of Socrates and teacher of –among others- Aristotle (Gr: Ἀριστοτέλης). He was born in Athens in 427 BCE and descended from an aristocratic family. His father descended from King Codrus, (Gr: Κόδρος) while his mother was related to Solon. Thanks to the financial situation of his family he received a wide education and aspired to engage in politics. However, he gave up this desire, as his uncles Charmides (Gr: Χαρμίδης) and Critias (Gr: Κριτίας) were among the Thirty Tyrants. What, however, marked Plato’s life was his acquaintance with Socrates, at the age of 20. He remained by him for 9 years, and after the death of his master in 399 BCE he fled to the city of Megara.. 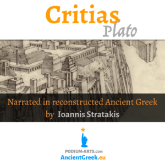 The recording contains the unabridged Ancient Greek text.
After purchase you will be able to download the relevant mp3 file. 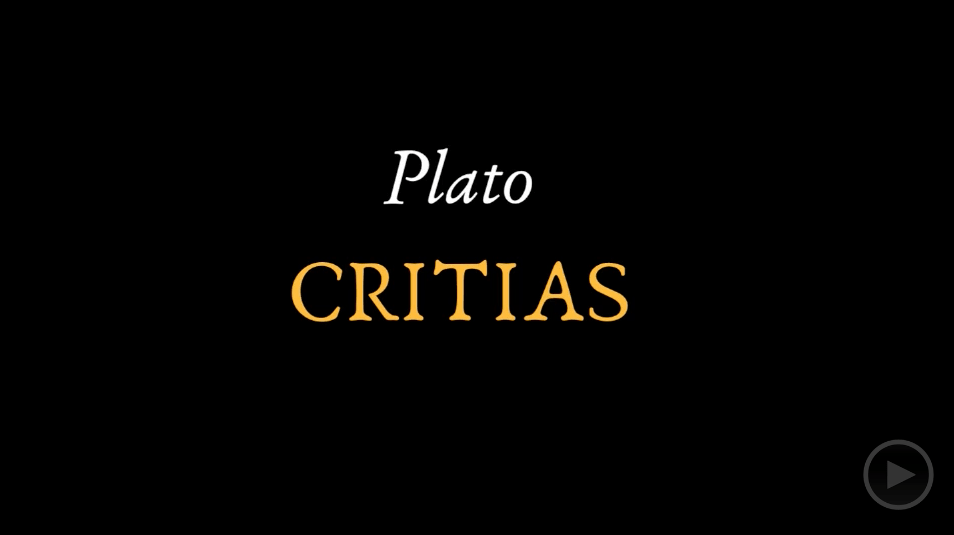