The Poetics of Aristotle is one of the most important and decisive works in the history of spiritual culture and the foundational text of the aesthetic theory. It is the first work on the theory and criticism of Art, that is, the first on the subject of spiritual creation, mainly of literature and the only one we have from Greek classical antiquity.
Although for some reason incomplete, it’s recognisably one of the most influential works on and about human intellect, as it lies at the basis of Western cultural life. The “Poetics” as we have it, isn’t a “normal” and “complete” book, but a compilation of Aristotle’s notes, maybe intended to be used as a memory aid during his classes at the Lyceum.
It initiates a new sector of knowledge, or a new kind of science, that of Aesthetics or Art Criticism, (be it Poetry, Drama or Painting), and talks about the most universal and durable achievement of human thought. In this way, the world is been extended and developed to a “fourth dimension”, that of the aesthetic phenomenon; the other three been the physical world of nature, the social world and the world of knowledge. This fourth world, been created more orderly, can be said to form the purpose of the world at large. “Poetics”, the Creation.

The recording contains the complete unabridged Ancient Greek text of the treatise, divided in 26 chapters.
After purchase you will be able to download the zip file, containing both mp3 and m4b formats. The m4b format is bookmarkable and divided in the chapters themselves for your convenience when listening or following the original text.
You can listen to a short sample in the following video. 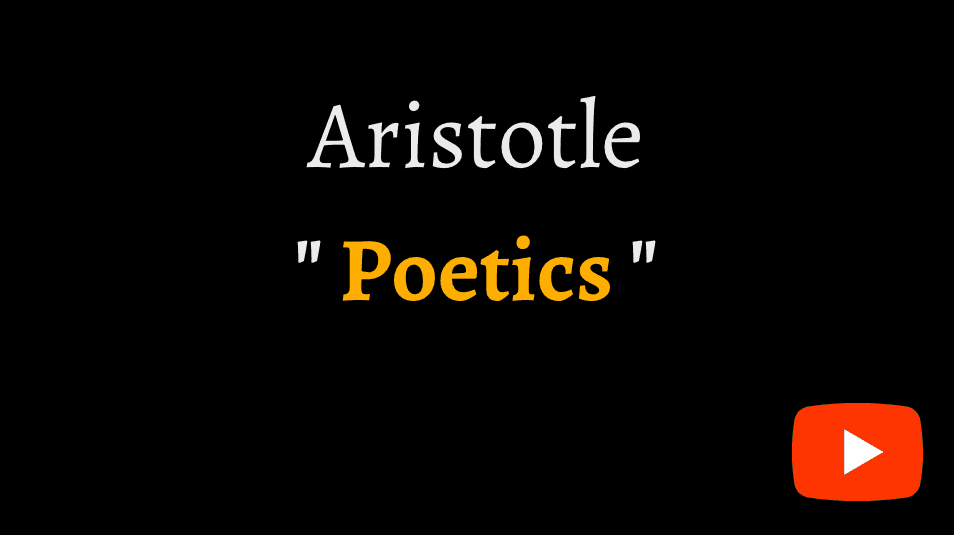