About the "Tablet of Cebes"

The “Tablet” contains a teaching about human life, in the form of a dialogue between an old man and a group of younger persons. The old man explains the paintings (or carvings) on a stone at a Cronos sanctuary, which the young ones cannot figure out. In a few words it is about the way to a happy life; one that comes through true virtue and a soundly developed mind.

For more information you can read here a seemingly exhaustive study around the Cebes’ Tablet, from a moral and religious perspective with many scholarly details as well. N.B.: The whole book (pdf) is in the German language.

The philosopher Cebes has been a native of Thebes and lived in the 5th and 4th centuries BCE, also in Athens of the classical times. He has been a disciple of Socrates and his name appears in works of that period (e.g. Plato and Xenophon). Two other works appear under his name, but they are lost. It is stated that he had been a Pythagorean, because of his discipleship under Philolaus.

One can find more information on Cebes here (in German) or here. 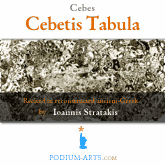 There are various editions of the Tablet’s text, many free online as well as other printed ones. If you don’t already have the text and wish following it while listening, please click here: for the Greek original or, if you're learning Greek, download here the 1886 edition of R.Parsons with interesting intro, questions, notes and more.

You can listen to chapter 1 of the 1st book, as an audio sample of the present audiobook by watching the video below. Thank you! 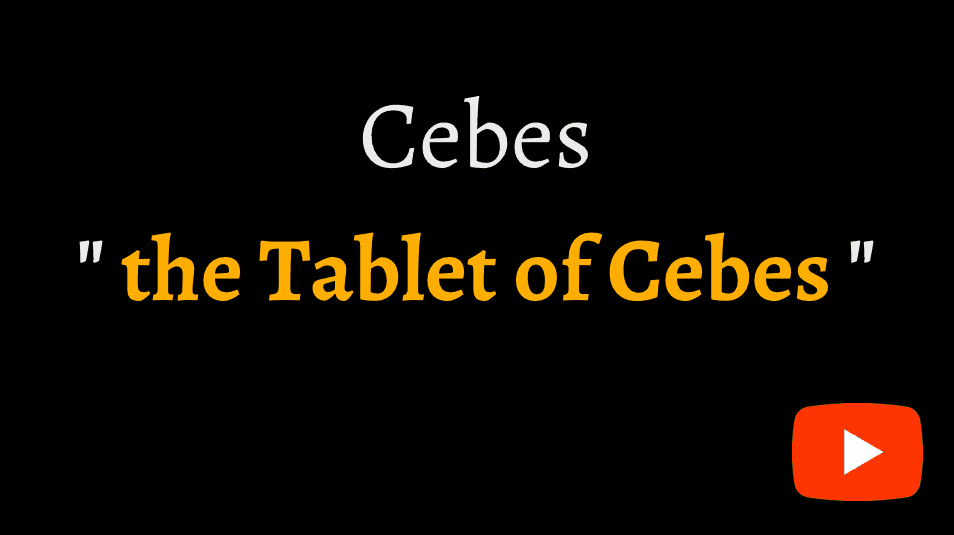 Add to Order / BUYGIFT IT